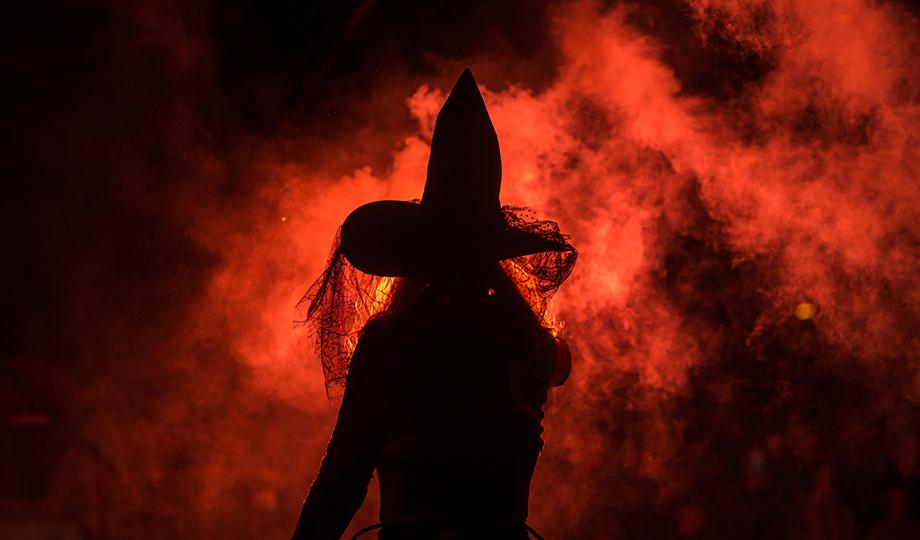 In this spooktacular season, we're carving out our Jack O'Lanterns and putting the final touches on our goblin costumes. But there's time to ponder the fascinating history and heritage of Halloween, and remember how it has its roots in some of our favorite places!

1. Halloween comes from the old festival of Samhain, which was celebrated in Ireland and Scotland to mark the end of the harvest season and the beginning of winter. The boundary between the earthly world and the Otherworld was believed to be more porous at this time, so spirits roamed the earth. 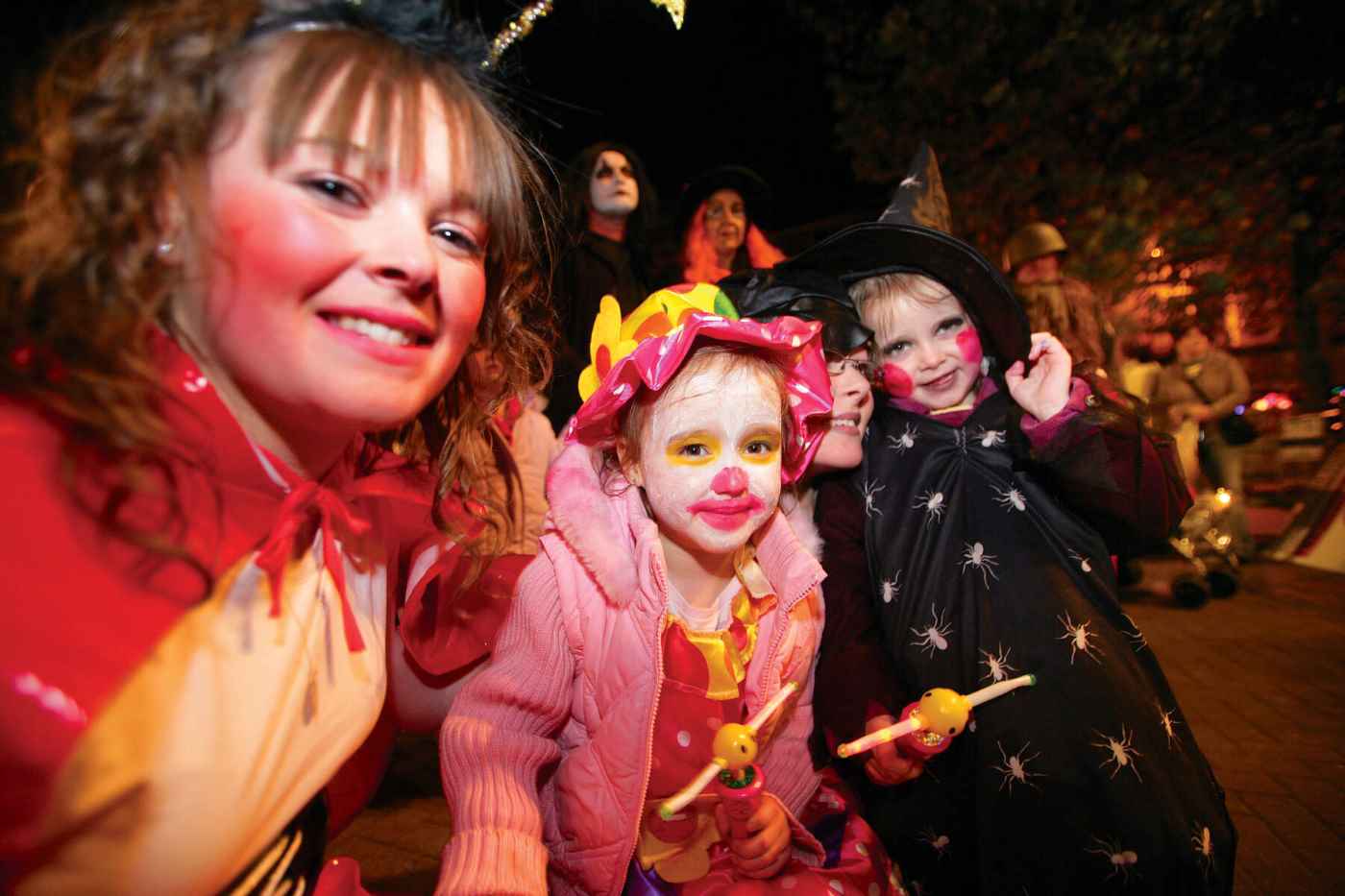 2. The modern custom of "trick or treat" might be derived from the old custom of appeasing a household's ancestral ghosts with offerings of food placed by the fire.  If the ghosts did not get their food, it was feared that bad luck would descend on the household - just as today costumed children ask for a treat, with the alternative being a trick, presumably a harmless prank today!

3. Trick-or-treaters have been going from house to house since at least the 1500s. In those days going from door-to-door in diguise was called "guising", and it was practiced throughout Ireland and Scotland.

4. In medieval England there was another custom called "souling", where poor people would call to the homes of the wealthy for a shortbread-like "soul cake". The recipient would in exchange promise to pray for all the souls of the homeowner's ancestors and beloved dead relatives.

5. We think today of pumpkin Jack O'Lanterns, which often look more cheery than scary with their plump, orange faces. The original Jack O'Lanterns were carved from root vegetables, which were usually plentiful after the harvest. Turnips were a popular pick, and the available samples that survive in the Museum of Country Life in County Mayo are rather gruesome and frightening.

6. The story of the Jack O'Lantern comes from an Irish folktale about Stingy Jack - a man who invited the devil for a drink. When the time came to pay, Jack didn't want to, so he convinced the devil to turn himself into a coin. When the devil did, Jack decided to pocket the money instead, and put him next to a silver cross that stopped the devil from changing back into himself. Jack then made a bargain with the devil: Jack would free him, on the condition that the devil wouldn't claim his soul. When Jack died, God didn't want him in heaven and the devil wouldn't take him in hell, so Jack set off wandering the earth, with a piece of coal in a carved-out turnip to light the way. 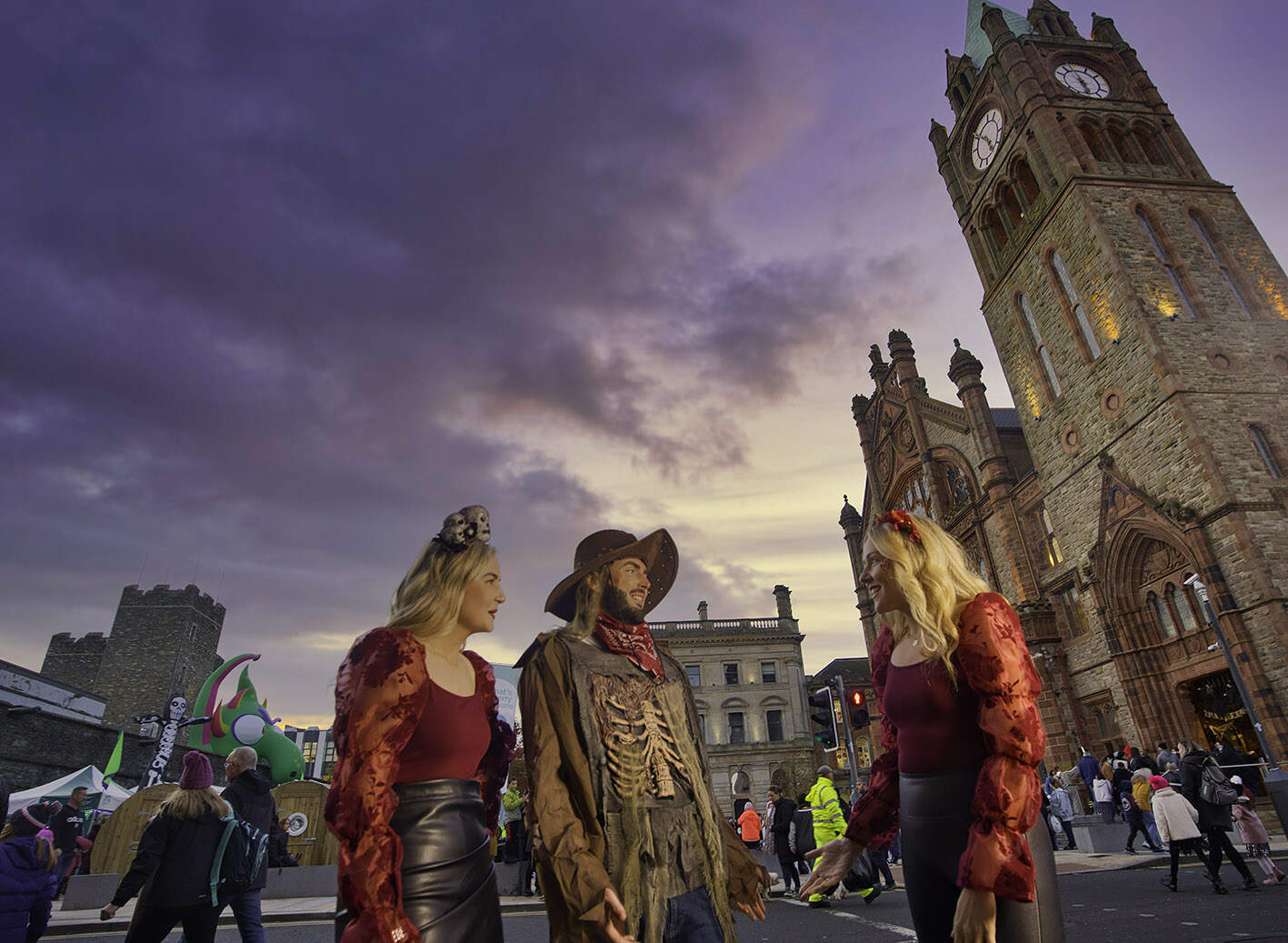 7. Derry is the scene of one of the world's top Halloween celebrations. Derry began celebrating the holiday in a big way back in the 1980s, and the festival has grown to possibly the biggest celebration on the planet, with days of festivities culminating in a parade and fireworks. The Boston Globe once visited and enthusiastically called it "a Renaissance Faire crossed with a nightmare - in the best possible sense of course". There's storytelling, street theater, live music, and plenty of spectacle. Find out more in our post on Halloween in Derry. Often called the "Walled City" because of its magnificent city walls dating back to medieval times, Derry is also called the "City of Bones" because it has a seated skeleton on its coat of arms. (Visit Derry on several of our tours, including the Irish Odyssey.)

8. In England, Guy Fawkes Night on November 5 is a bigger evening of revelry, though it has a Halloween link. Guy Fawke's night commemorates the 1605 discovery of a plot to blow up the House of Lords and assassinate King James I. The King asked his supporters to celebrate the failure of the plot to kill him by moving their autumn bonfires from Halloween to November 5, the night of the plot. Today's fireworks and bonfires often feature the burning of effigies of Guy Fawkes, the first conspirator to be arrested.

9. Food has always been a very important part of Halloween celebrations, and there were many fortune-telling traditions associated with various treats. Barmbrack, a sweet bread with fruit, was a big favorite. Charms would be baked into the breads and would tell the future of the finder for the next year: A coin for wealth, a ring for marriage; a thimble for staying single.  Colcannon was another favorite, made with potatoes and cabbage. You can make these yourself - see our recipes for barmbrack and colcannon.

10. We owe so many of our Halloween celebrations as we celebrate them in North America to the immigrants who arrived from Ireland and brought them with them, and adapted them as they needed. One of our favorite places to explore Ireland's heritage is at EPIC The Irish Emigration Museum, which you can visit on many of our tours, including the Irish Spirit. 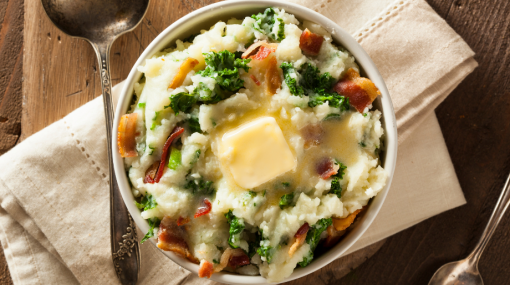 We love the traditions of Ireland, especially when it comes to the food! Colcannon is a hearty dish that has been eaten…

It’s the spookiest time of the year, and we have Ireland to thank for it! Halloween as we know it today is derived from…

Barmbrack is a bread served on the night of Halloween in Ireland. This traditional sweet, fruit bread is more than just…