Our Favorites: Irish castles we love

From living history to luxurious accommodations, Ireland's castles will not disappoint 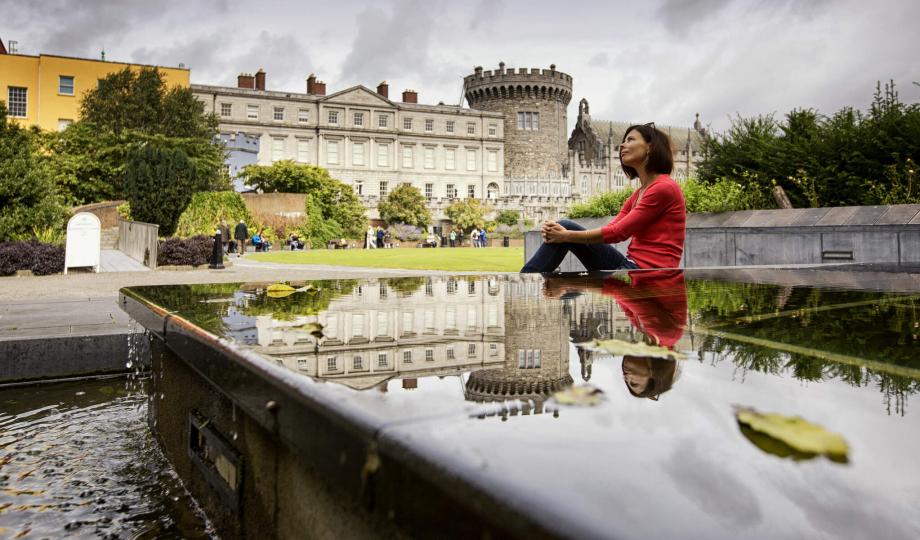 Ireland has thousands of castles -  from ancient ruins to luxurious buildings that today offer intriguing experiences, as hotels or living history exhibitions. At CIE Tours, we love introducing our guests to the magic of these extraordinary places, and most of our tours offer castle visits. Here are just a few of our favorites.

Dublin Castle (pictured above), in the heart of the capital city, is a majestic complex of buildings befitting its position as one of Ireland’s most historically important sights. The castle was built atop the site of a Viking settlement from the city’s earliest days, with the earliest buildings standing dating back from the early 13th century. For centuries the castle was the seat of English power in Ireland. After Ireland won its independence in the early 20th century, the castle became a place for state ceremonies. The luxurious accommodations of the Vice Regal became the State Apartments, a magnificent setting for presidential inaugurations; this area is among those open to the public for tours. Visit Dublin Castle on several of our tours, including Mystical Ireland, Irish Classic, and Jewels of Ireland.

Blarney Castle may be less famous than its most intriguing feature: the stone in the wall that legend says endows all those who kiss it with the gift of the gab. The Blarney Stone was set into the tower in 1446, and since the late 18th century, millions of visitors have ascended the steep, winding staircase to kiss the stone. But that’s not the only draw at Blarney Castle – it’s also surrounded by beautiful gardens, including the fascinating Poison Garden, the Himalayan Walk, the Fern Gardens and Ice House, the Bog Garden, and more. You can visit Blarney Castle on most of our tours in Ireland.

King John’s Castle sits next to the famed River Shannon in the heart of Limerick’s medieval quarter. Built around the year 1200, and extended many times over the centuries, the castle retains many of its distinctive pioneering features, and the massive gatehouse, battlements, and corner towers are there for exploring. Climb the tower for panoramic views of Limerick City and the surrounding countryside.  The visitor center recounts the history of the castle, and fascinating archaeological excavations give insight into medieval life. CIE Tours visit King John's Castle on our Irish Heritage tours.

At Dromoland Castle in County Clare, you can experience Irish hospitality - and get a sense of what it might be like to live like a king or queen - with a luxurious stay. Dromoland is the ancestral home of the O’Briens of Dromoland and dates back 1,000 years to Brian Boru, one of the last High Kings of Ireland. The 450-acre estate features a golf course, spa, archery, horseback riding, clay shooting, tennis, falconry, and more. CIE Tours offers a night at Dromoland Castle on our 8-day Irish Heritage vacations.

The fairytale Kilronan Castle in Roscommon was home to the same family for three centuries. Built in the eighteenth century and lovingly restored in 2006, it's now an elegant luxury hotel sitting on 40 acres of beautiful parkland.  Guests enter through magnificent medieval gates and traverse a meandering driveway through an ancient forest; the lush grounds sit next to a romantic lough. You can share in this experience on our Scots-Irish Tours.

Donegal Castle is a small fortress in the heart of Donegal on the banks of the River Eske. It was built by Hugh O’Donnell in the 15th century, and would be the stronghold of the O'Donnell clan, one of Ireland's most powerful families since the fifth century, until they were defeated in the Tudor Conquest of 1607. The building fell into ruin in the 19th and 20th centuries but was lovingly restored to its former glory in the 1990s. Guests can tour the castle and discover its medieval halls and old-world gardens on our Jewels of Ireland tour.

Ireland's castles are fun to explore and a rich deposit of Ireland's heritage. Visit Donegal Castle on our Jewels of Ireland tour.