As CIE Tours marks 50 years of incorporation in the US, we reflect on the bond between Ireland and America. 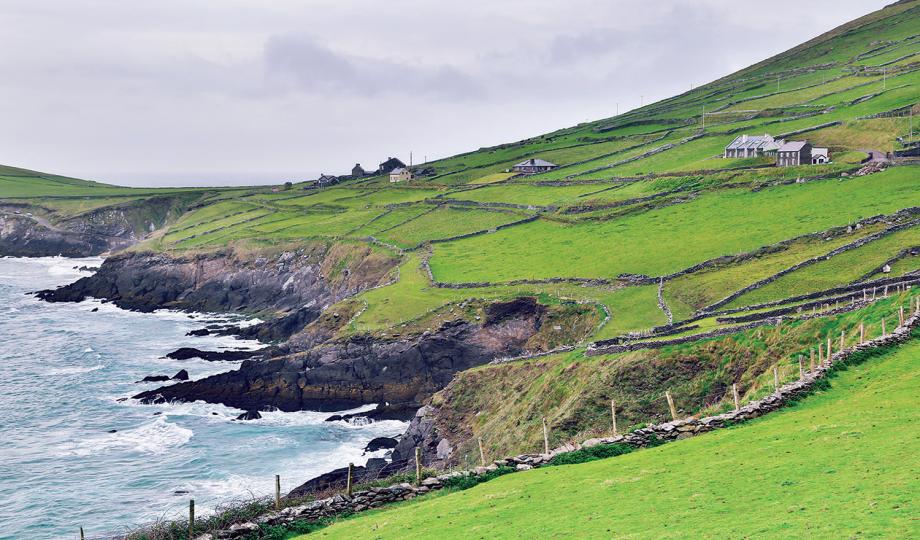 Few countries can claim as strong a bond of friendship as the one between Ireland and the US. And as we reflect on that bond on the 4th of July, here at CIE Tours we’re also celebrating a big milestone: it was in July of 1970 that our company, founded in Ireland in 1932, became incorporated in the US.

As we celebrate 50 years of our presence in America, let’s take a look back at US-Irish friendship back in the day. It was a time of tremendous excitement. Ireland in the 1960s and early 1970s was opening up the world, with an improving economy and a modernizing outlook. And while many difficult days would be ahead for Ireland as it would endure the decades of the Troubles, there was much about the US-Irish relationship to celebrate in 1970.

One pivotal event was the visit of US President Richard Nixon and his wife. While the visit may have lacked the intense glamor and excitement that had marked the visit of John F Kennedy a few years before, there was much made of Pat Nixon’s celebration of her Irish roots, as she visited her ancestral home in County Mayo. She started the visit with a family lunch in the elegant Ashford Castle. Then after visiting the cemetery where her great-grandparents were buried, she went to see the home in which her grandfather was raised, as well as the homes of several second and third cousins. Her visit was so popular that she was dubbed “Queen of America” by an adoring public.

The Irish Taoiseach (similar to a prime minister), in turn, visited the US in the aftermath of the Nixons’ visit.

Americans were introduced to another side of Ireland with the release of the film “Ryan’s Daughter”, a film that showcased the rugged beauty of the Dingle Peninsula like never before. While many critics hated the movie, it was extremely popular with movie-goers. The epic scenery was a highlight of the film – and it would go on to be nominated for four Academy Awards, winning two, one for Best Supporting Actor and the other for Best Cinematography.

Another glamorous highlight in 1970 was the visit of three astronauts to Limerick. The three men, James Lovell, John Swigert and Fred Haise, had a few months earlier served as the crew of Apollo 13 – that difficult mission which may be best remembered as the source of the famed quote, “Houston, we have a problem”. The men arrived in Limerick at the end of their European goodwill tour, spending a night in the beautiful Dromoland Castle before an enthusiastic civic reception in the city. The reception was attended not only by the mayor and local notables but by many Limerick schoolchildren, who clamored for autographs after having been given the morning off from school for the occasion. Following the reception, the three spacemen continued the festivities in the medieval Bunratty Castle before jetting home to the US that night.

CIE Tours’ move to America wasn’t the only big news in Irish-American tourism in 1970: that was the year Ireland’s national airline, Aer Lingus, purchased its first Boeing 747 for use on its trans-Atlantic routes. The iconic jumbo jet would be the largest the airline would ever fly, ferrying many thousands of tourists – and countless CIE Tours guests - across the ocean.

As we celebrate our 50 years of incorporation in the US, we look forward to many more years of bringing Americans, the Irish, and the rest of the world closer together.