Our most marvelous tour of the Emerald Isle

Enjoy unique signature experiences that bring Ireland to life on this intimate tour. Stay at superb five-star hotels and castles along the way as you discover the very best of the Emerald Isle.

Skip the line at Trinity College to get a glimpse of this national treasure, an illuminated version of the Gospels crafted by medieval monks.

Spend the day at the home of Emmy-nominated TV chef Catherine Fulvio, touring her extensive herb gardens and collecting the ingredients—then learning the secrets of creating her Irish stew and flowerpot bread.

Tour this lovely 18th-century country house, then savor a farm-to-table feast on wild boar and venison with a wine pairing.

Learn all about the colorful past of this 18th century castle over lunch with its current inhabitants—including its place in rock history. Finish your day with a tour and tasting from its distillery.

Join us for a CIE Tours exclusive: an after-hours tour of the museum's intriguing collection—including a permanent exhibit about the band U2—as you enjoy canapés and wine or beer.

Visit Hazel Mountain Chocolate Factory, one of the smallest and most remote confectioneries in the world. Enjoy a glass of cacao champagne and a chocolate tasting as you learn about their chocolate making process.

Discover the gorgeous 19th-century castle set on a tranquil lake, and admire the ornamental gardens that surround it. 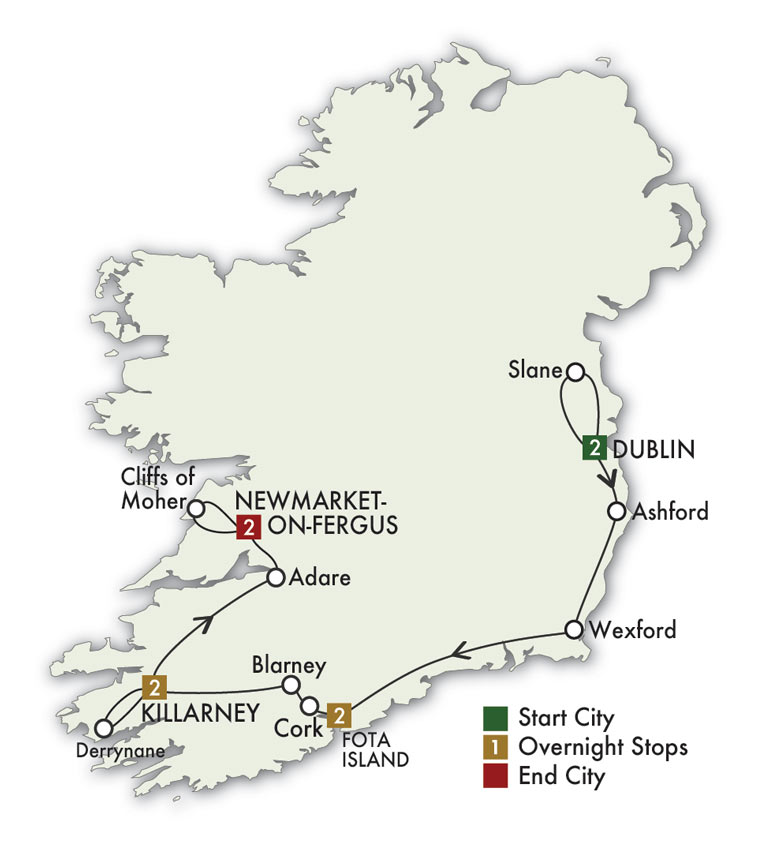 Meet your tour director at 2:00 PM in the 5-star Shelbourne Hotel, a beloved institution that has been at the heart of Dublin for nearly 200 years. Set out for a guided walking tour of Trinity College, established in 1592. Visit the beautiful library and enjoy fast-track entry to the Book of Kells. This illuminated manuscript of the Four Gospels, created in the 9th century by monks, is possibly Ireland’s greatest cultural treasure. Next, head to the Little Museum of Dublin, located in a Georgian building steps away from your hotel, for an exclusive after-hours visit. Join the museum’s director on a personal tour and nibble on canapés and sip wine or beer at a private VIP welcome reception.

Visit Slane Castle in County Meath. Tour the castle, home to the Conyngham family since it was built in the late 18th century, and then settle in for lunch, where you will be joined by a member of the family. Lord Henry Mountcharles or his son Alex, Earl of Mountcharles, will discuss the fascinating history of the castle and its iconic role in pop culture. It has been used since 1981 as a setting for rock concerts by stars such as The Rolling Stones, Bruce Springsteen, Madonna, Bob Dylan, Queen, and many more. U2 took up residence there in 1984 to write and record their album The Unforgettable Fire. Next, visit Slane Distillery for a tour and tasting of their signature triple casked blend, Slane Irish Whiskey; learn about the direct connection between Slane Whiskey and the iconic American whiskey maker, Jack Daniels. Enjoy the rest of the day at leisure and dine independently in Dublin. (B, L)

Begin the morning with a cooking class at Ballyknocken House and Cookery School, the home of Emmy-nominated television chef Catherine Fulvio. In this farm-to-table experience, your tutor will bring you to tour the herb and vegetable gardens, sort herbs and edible flowers, and then together you’ll cook up a traditional stew with Irish flowerpot bread. Next, head to Johnstown Castle for a guided tour of this 19th-century castle and see its delightful gardens; savor tea and scones in the enticing surrounds. Dinner will be at the hotel tonight. (B, L, D)

Enjoy a leisurely morning before heading out for a special lunch, where you'll savor a seasonal food experience. After lunch, head back to the resort where you may choose to lounge, or take our transfers to and from the center of Cork, Ireland’s third-largest city, known for its lively cultural scene and distinctive local pride. (B, L)

Visit Blarney Castle. You may kiss the stone that legend says will bestow the gift of eloquence, or walk the beautiful gardens. Spend some time in Killarney where you are free to explore and lunch independently. Killarney is a lively town with many shops featuring local crafts and gifts, and your lunch options will range from casual pubs to high-end bistros and everything in between. Next take a traditional jaunting car for a visit around Ross Castle and the Kenmare Estate. (B, D)

Visit Derrynane House, the ancestral home of one of the greatest figures in Irish history, Daniel O’Connell, a 19th-century campaigner for Catholic emancipation and Irish independence. The house, now a museum, offers insight into the life of this important statesman. Visit the shore nearby for a seaweed discovery adventure, exploring how to forage for and identify these fresh coastal plants, as well as the many health benefits of this nutritious superfood. Continue on to see many highlights of the Ring of Kerry, then visit the beautifully situated Parknasilla Resort and Spa Hotel for lunch. You may stroll the grounds after you dine, taking in panoramic views of Kenmare Bay. The evening is free to enjoy at your leisure. (B, L)

Visit the family pub of one of Ireland’s most beloved playwrights, John B. Keane, who composed many of his works in a room behind the bar. Have a traditional refreshment of tea and scones before setting out for Adare, known as one of Ireland’s prettiest villages. Enjoy a private lunch in the beautifully restored courthouse dating to 1836. Travel to Dromoland Castle, where you will dine casually this evening in the Fig Tree restaurant, located in the golf club overlooking the castle’s walled garden. (B, L, D)

Visit the cliffs of Moher, stunning sea cliffs running 8 miles along the coast and towering nearly 700 feet above the Atlantic. Then travel through the Burren, to visit one of the smallest and most remote chocolate factories in the world: Hazel Mountain Chocolate Factory. Delight in a glass of cacao champagne, then discover how the bean is transformed into a chocolate bar, and savor a tasting. Next, visit a farm to watch sheepdogs demonstrate their skills at herding sheep. Tonight you’ll dine elegantly in the castle’s flagship restaurant, enjoying delicious local flavors and wonderful service. (B, D)

Your tour ends after breakfast. (B) B: Breakfast; L: Lunch; D: Dinner 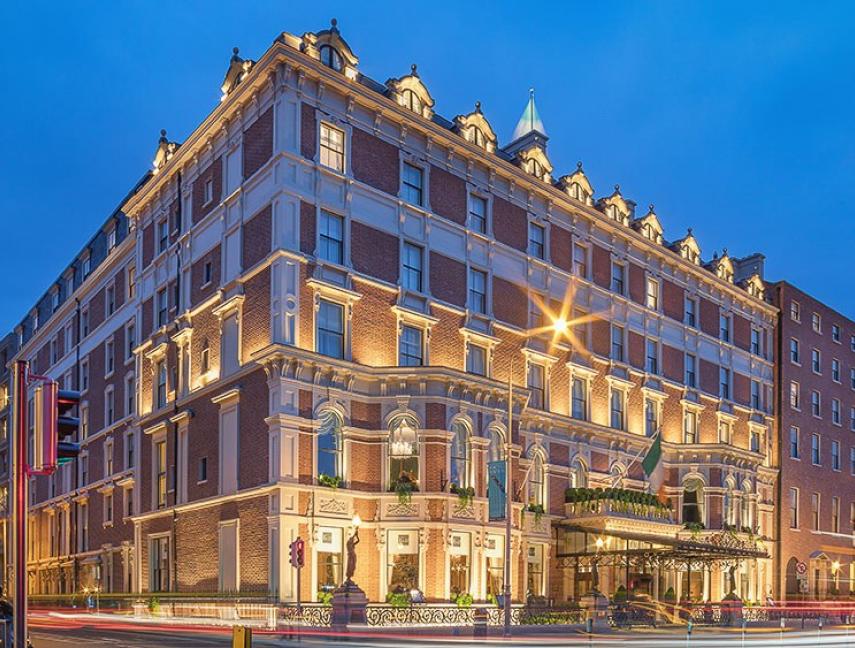 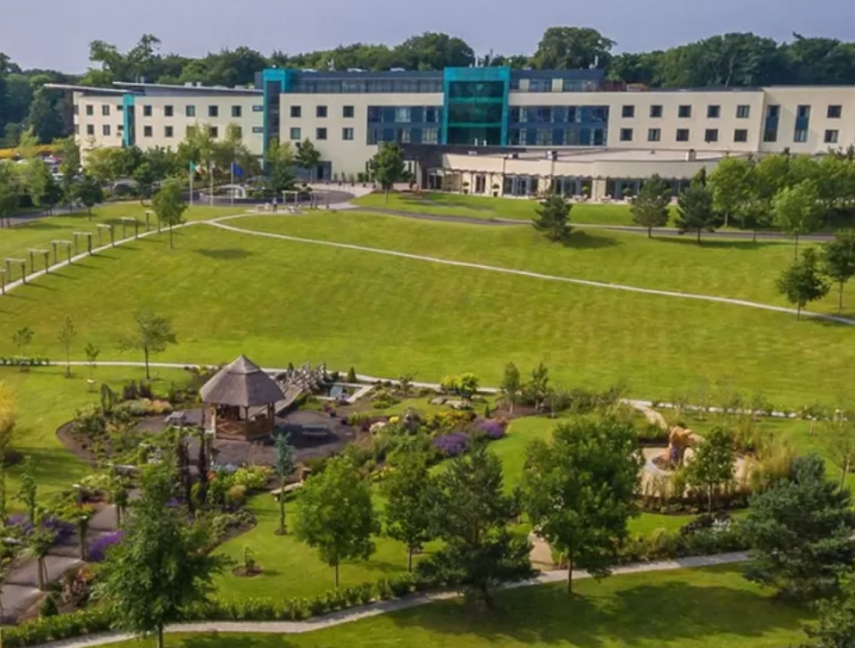 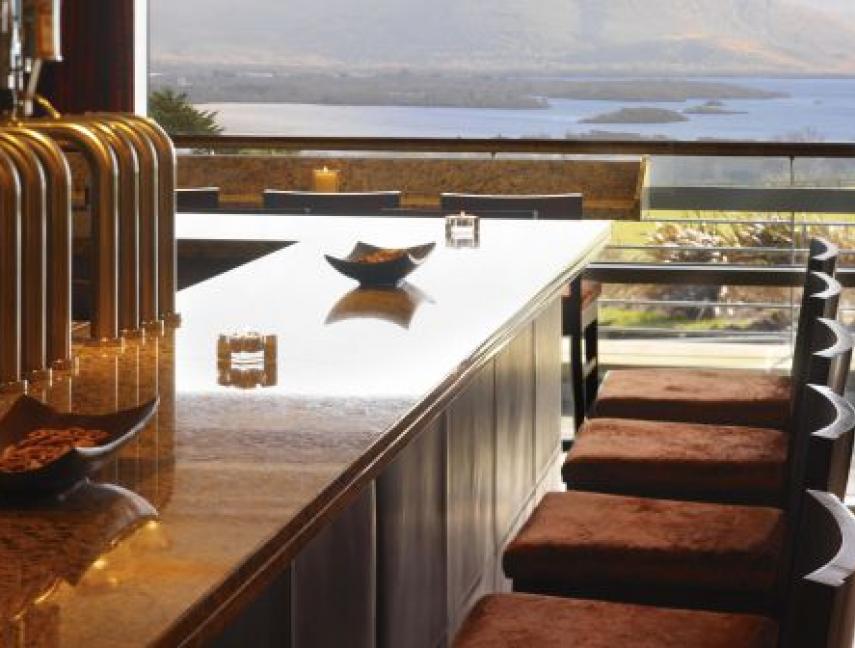 A 5-Star luxury resort, this hotel is both beautiful and relaxing. There are many room options,... 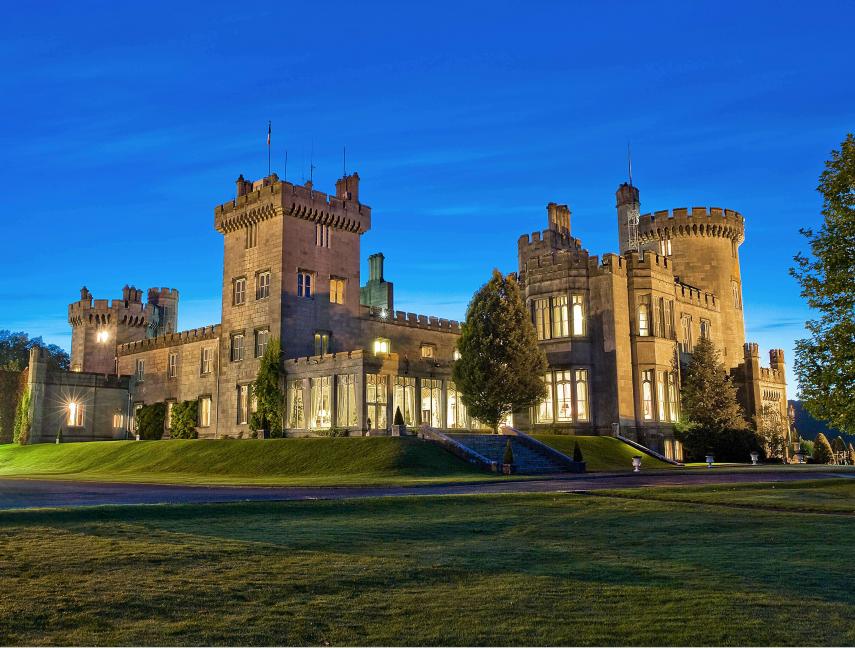 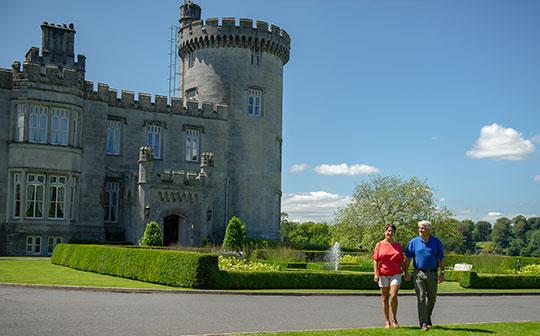 10 Books to Read Before Traveling to Ireland

Planning a trip to Ireland? Whether you’re a first time traveler or a frequent visitor, you might want to take a moment… 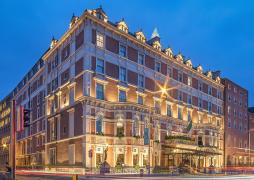 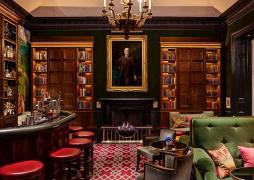 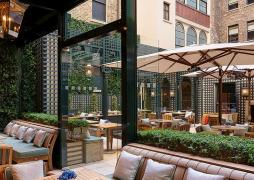 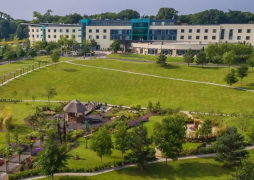 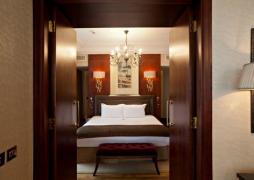 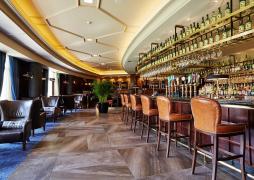 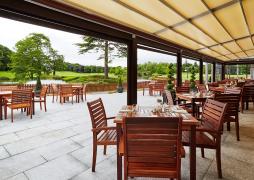 A 5-Star luxury resort, this hotel is both beautiful and relaxing. There are many room options, some with private balconies and views of Killarney’s lakes. Hotel amenities include spa facilities, an indoor heated pool, an outdoor tennis court, complimentary Wi-Fi and parking, gym facilities, a hair salon, and a media room. Enjoy fine or casual dining at one of the many restaurants the hotel has to offer. In addition, this hotel is situated on Ring of Kerry and Wild Atlantic Way, a beautiful site. 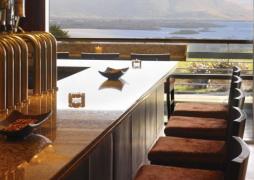 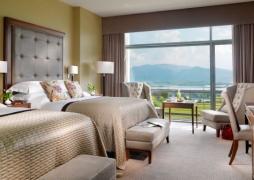 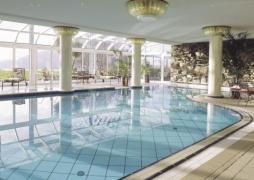 Dromoland Castle Hotel has individually decorated rooms feature classic furnishings and minibars, plus free Wi-Fi and smart TVs. Suites add sitting areas, and some have 4-poster beds. Room service is available. Full Irish breakfast and parking are complimentary. There's an elegant restaurant and a bar, plus a formal lounge offering afternoon tea. A posh spa features an indoor pool, a sauna, a steam room and a hot tub. Other amenities include a golf course and 2 tennis courts, and clay shooting. 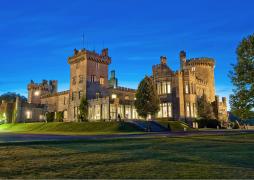 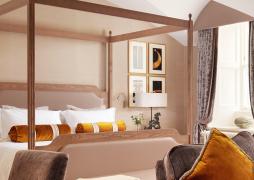 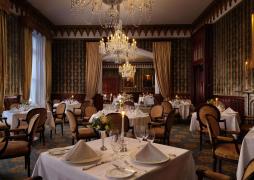 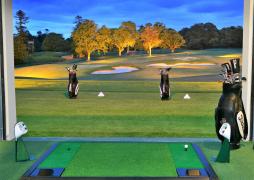 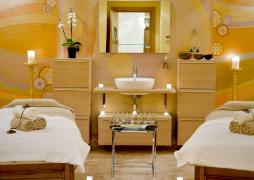 5.0
Great value for the money!