Discover the heart of Ireland

Take your time on this Ireland tour, which explores the most acclaimed sights in the south and west.

The picturesque campus of Trinity College, nestled in Dublin, has been educating students for more than 500 years. It's the home of the 9th-century Book of Kells, an illuminated manuscript of the four Gospels.

Raise a glass in the oldest bar in Europe, in a CIE Tours exclusive event. Sean's Bar has been serving thirsty customers since 900 AD.

Visit the beautiful home of Benedictine nuns, who have lived on the estate since they fled Belgium during WWI.

Delight in the most scenic drive in all of Ireland, with its rustic villages and rugged coastline.

See how crystal is crafted at the world's most legendary manufacturer.

Kiss the famous Blarney Stone and get the gift of gab at this historic castle. 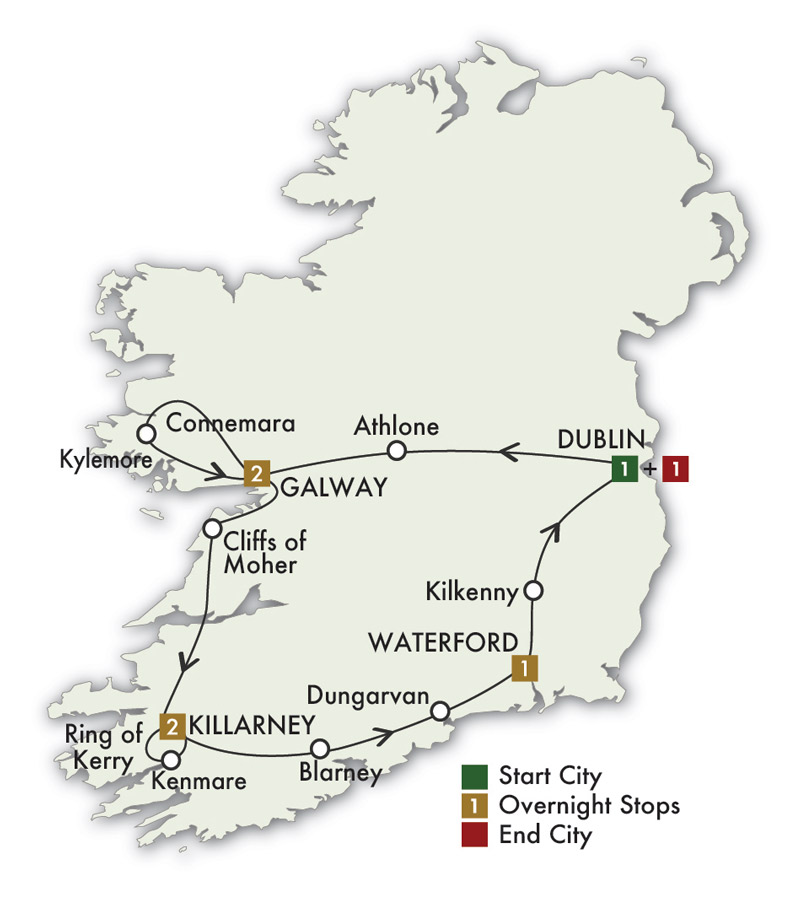 Tour begins 2:00 PM at your hotel in Dun Laoghaire, a charming suburb of Dublin just outside the city. Head out for an introductory Dublin tour including O’Connell Street, St. Stephen’s Green, the seat of government at Leinster House, and other public buildings. Take a stroll through Trinity College’s campus in the center of the city with a guide and view the priceless 9th-century Book of Kells, an illuminated manuscript of the four Gospels. Enjoy an independent evening at one of Dun Laoghaire’s many restaurants or pubs.

Head to the beautiful harbor city of Galway, stopping off for a welcome drink and a CIE Tours Exclusive experience at Sean’s Bar in Athlone, the oldest bar in Europe; Sean’s Bar has been serving customers since 900 AD. Take a guided walking tour through Galway center to view its iconic 18th-century Eyre Square and the surrounding stone-clad buildings and medieval winding lanes. Enjoy some free time to explore Galway on your own, then join your fellow travelers for dinner at your hotel. (B, D)

Explore scenic Connemara to admire how constantly-changing cloud formations give granite hills, sparkling lakes and peat bogs an added dimension. Take a short catamaran cruise of Killary Harbour, a 9-mile fjord (seasonal). Head to Kylemore Abbey to see elegant rooms and the charming church, set beside a tranquil lake. Visit the Victorian Walled Gardens and enjoy a casual lunch. Return to Galway where the evening is free to explore the city. (B, L)

Travel south around Galway Bay and through the Burren, a region of rounded limestone hills that has a curious lunar-like appearance. Immerse yourself in farm life and watch trained sheepdogs obey their owner as they direct sheep through various obstacles. Visit the Cliffs of Moher, which rise almost 700 feet above the pounding Atlantic surf. Embark on a memorable ferry ride across the River Shannon Estuary and head to Killarney. The evening concludes with a traditional Irish night featuring a lively show with dinner. (B, D)

Take a traditional horse-drawn jaunting car through Killarney National Park to scenic Ross Castle, set on the shores of Lough Leane. See the highlights of Ireland’s most popular scenic drive, the Ring of Kerry, with plenty of stops for photo opportunities. Savor a light lunch and take a break in the colorful village of Kenmare. Return to Killarney for an evening on your own. (B, L)

Drive through the mountains into rich farming country on the way to Blarney Castle. Kiss the famous “Stone of Eloquence” or explore the tranquil gardens. Travel along the coast to the Marine Bar in Dungarvan for some traditional music. Continue to Waterford to witness the creation of crystal masterpieces during your visit to the House of Waterford Crystal. (B, D)

In the morning join a local guide for a walking tour through the narrow streets of the old city to discover Waterford’s long history and some of its colorful characters. Later, stop in Kilkenny for a look around the medieval city center and have lunch on your own. Partake in the Smithwick’s Experience and enjoy a tasting paddle of their famous ales. Travel to Dublin and in the evening head to Cleaver East, a popular Dublin restaurant for a glass of wine and a farewell dinner. (B, D) 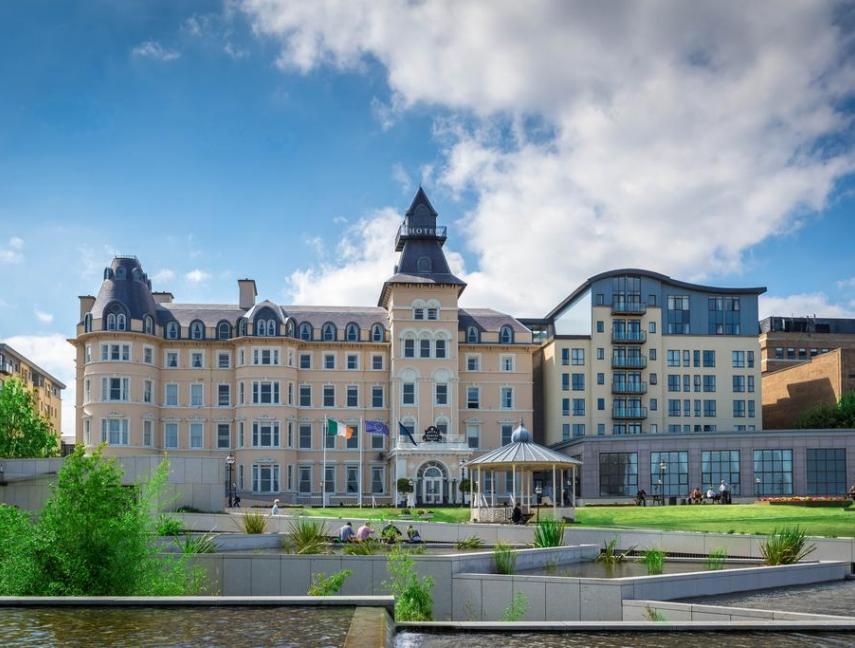 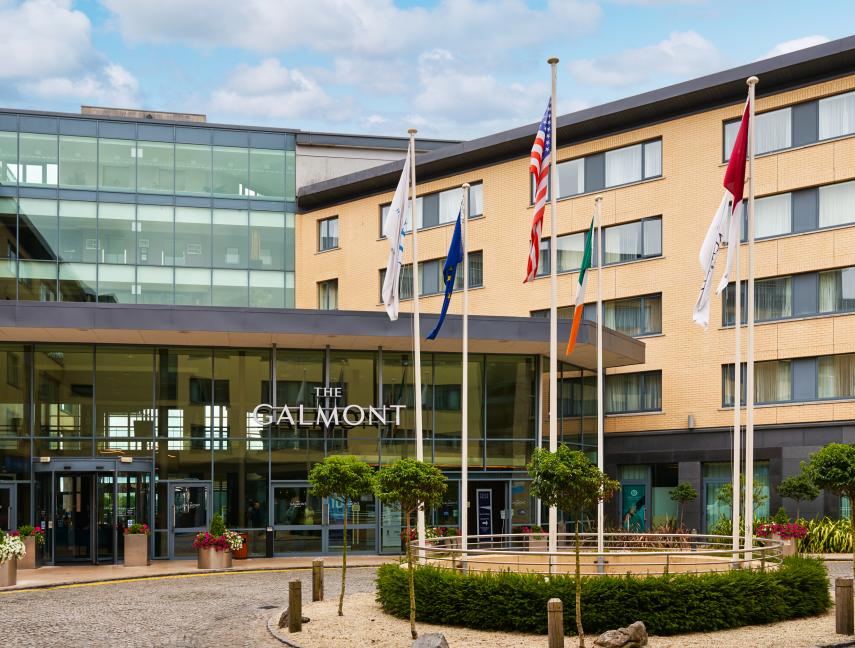 The Galmont is one of Ireland's premier 4-star hotels, located in Galway City on the Wild Atlantic... 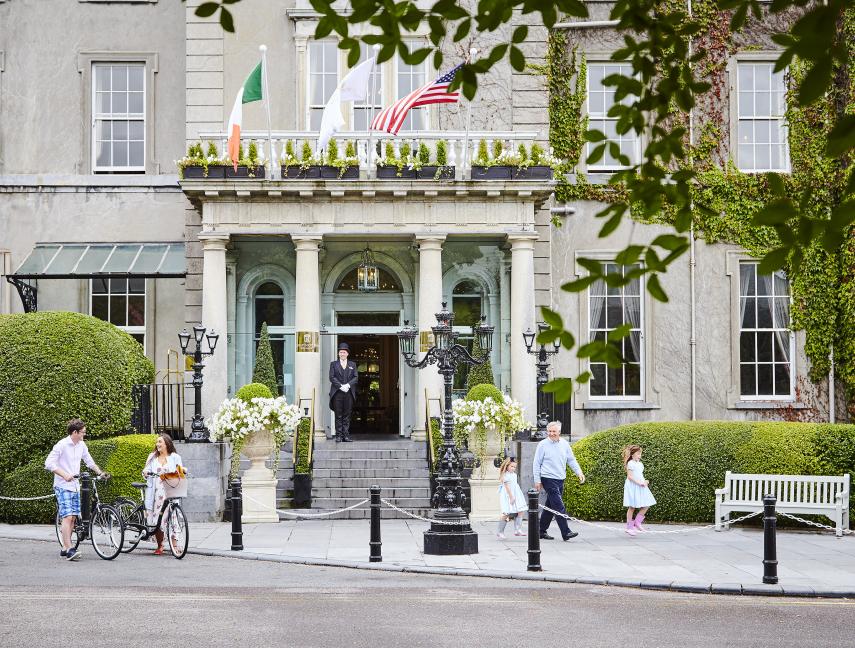 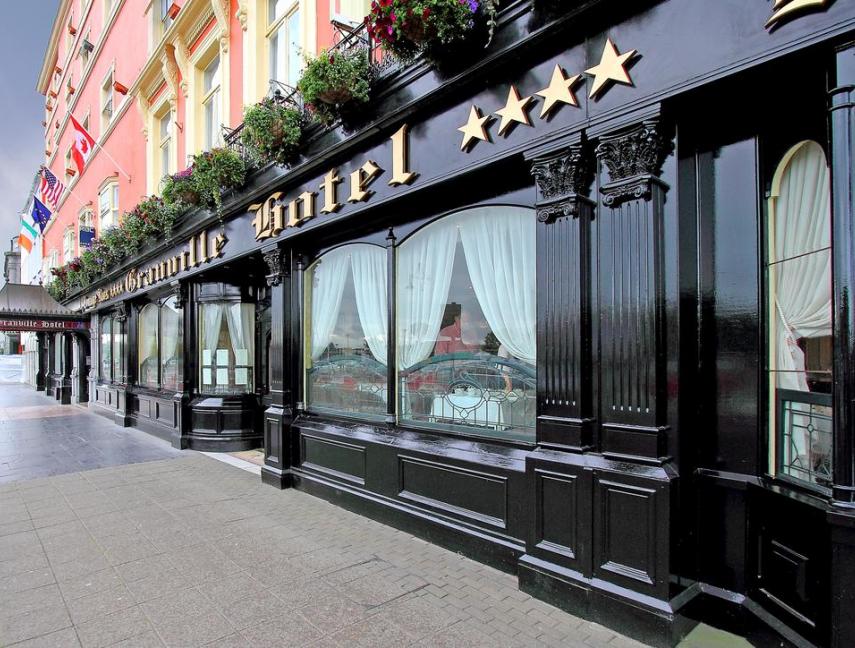 The Granville Hotel in Waterford overlooks the River Suir and is a 5 minute... 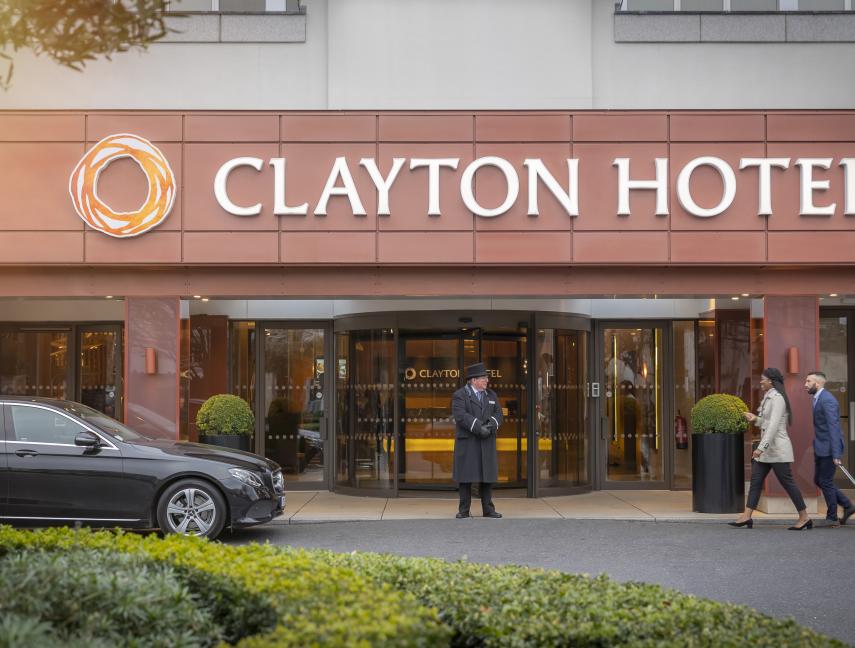 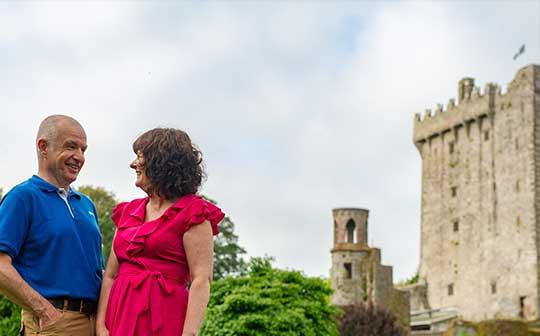 I cannot even begin to tell you how marvelous this tour is! Each day was full of craic, laughs, adventure, and beautiful scenery. The sights were amazing and the food was top notch.

Dating back to the 10th century, Blarney Castle has played a large role in many of the trials and tribulations that…

Things to Do in Dublin: Hop-On, Hop-Off Bus Tour

During your guided vacation, CIE Tours offers the opportunity for independent sightseeing through the DoDublin Hop-On,…

Guide to Shopping in Dublin

As the capital of Ireland, Dublin is the center of Irish heritage and culture. From St. Patrick’s cathedral to Trinity…

The Royal Marine overlooks Dublin Bay and provides direct access to Dun Laoghaire Promenade and Pier. It has a health club, spa, indoor pool and air-conditioned rooms with free Wi-Fi. Designed over 2 floors, Hardys Bar serves fine cuisine in a modern environment. The Dun Bistro offers stunning harbor views and serves modern European cuisine. There are plenty of beautiful coastal and countryside walks, including Peoples Park, in the immediate vicinity. 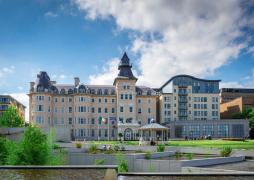 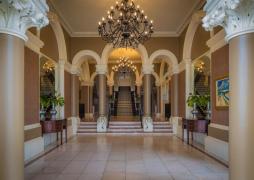 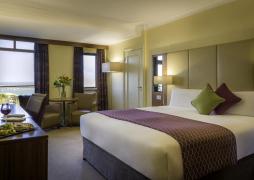 The Galmont is one of Ireland's premier 4-star hotels, located in Galway City on the Wild Atlantic Way. Located on Lough Atalia, overlooking Galway Bay, The Galmont is located just a 5-minute walk from the city’s bustling shops, pubs and restaurants. The dining options at The Galmont reflect the sophisticated nature of the hotel. Indulge in the ultimate relaxation experience in spirit one spa, a haven of peace and tranquility where the pressures of everyday life are left at the door. 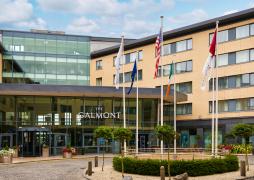 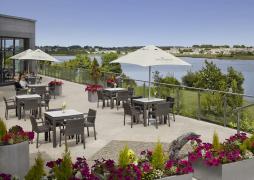 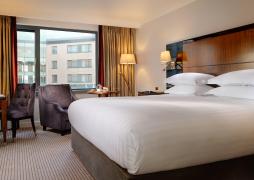 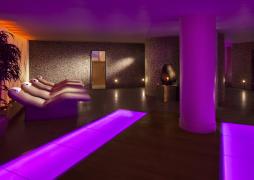 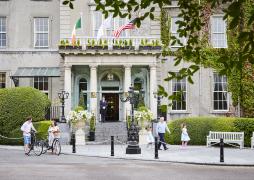 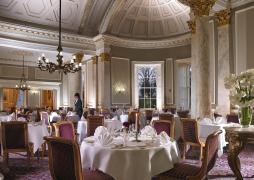 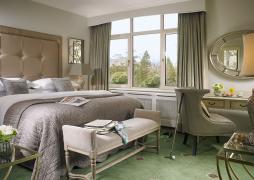 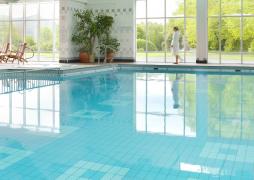 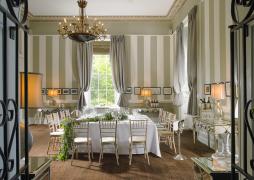 The Granville Hotel in Waterford overlooks the River Suir and is a 5 minute walk from St Patrick’s Cathedral. It offers air-conditioned rooms with free internet access, and an award-winning restaurant. Rooms at the Hotel Granville include bathrooms with baths, showers and heated towel racks. They also have safes and there is a 24-hour room service menu. The Bianconi Restaurant overlooks the quayside and serves traditional Irish and international cuisine. 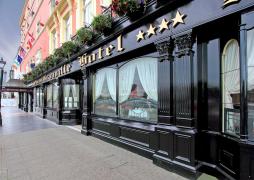 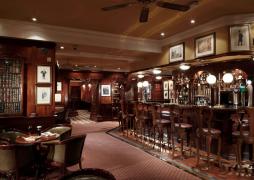 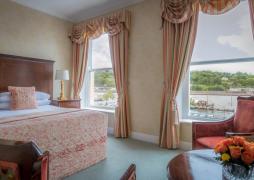 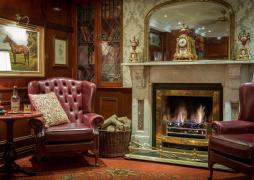 Just 30 minutes from Dublin International Airport and a 15-minute stroll from St. Stephen’s Green and Grafton Street shopping, Clayton Hotel Burlington Road is the ideal base for your stay in Dublin. Our stylish bedrooms include a HD TV with 24 hour sports and news channels along with a spacious work desk and complimentary Wi-Fi. Clayton Hotel Burlington Road offers a fitness suite with views over the city, a business center, a chic bar and an elegant restaurant where breakfast is served. 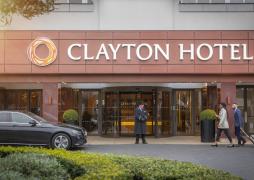 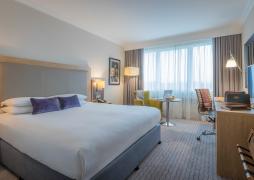 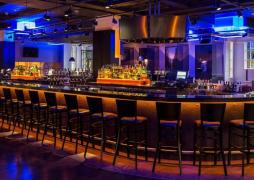 Jeanine B 1 year 4 months ago

5.0
Loved it; made the trip easy and fun the whole time. Everything was handled for us and went smoothly. Saw much more of the beautiful sights than we would have managed on our own. Although we've often rented cars in foreign countries, it was more relaxing to observe the gorgeous countryside without the stress of driving on the left side of the road. Our guide, Marian, is a gem -- funny and knowledgeable, but kept everyone moving along, as you need to with a big group.

5.0
The Irish Gold tour was well organized. Our tour guide, Carmel, was a wealth of knowledge, and our bus driver, John's humor made them a great team. I didn't know what to expect since this was my first time visiting Ireland, but they were such a fantastic team that they made me feel like I was on a family vacation although there was a schedule to be kept. How else would I have seen and learned all that I did in eight days!

5.0
For our first trip to Ireland CIE tours is the best.
Our tour guide Brendon & bus driver Lawrance made the trip so much fun . We learned so much about the history from Brendon
His jokes and singing made the trip that much better. Thank You
Danny, Laura &Megan

Robert A Kennedy 1 year 4 months ago

5.0
The tour was pretty much all inclusive and I thought it was a good value for the money.

5.0
The price of the tour was well worth it, it included the best hotels, dining and no extra excursions at a cost. The places we went to were all beautiful and all well planned out. Tour guide was excellent!