We all know the classic symbols of St. Patrick's Day - but what are the stories behind them? 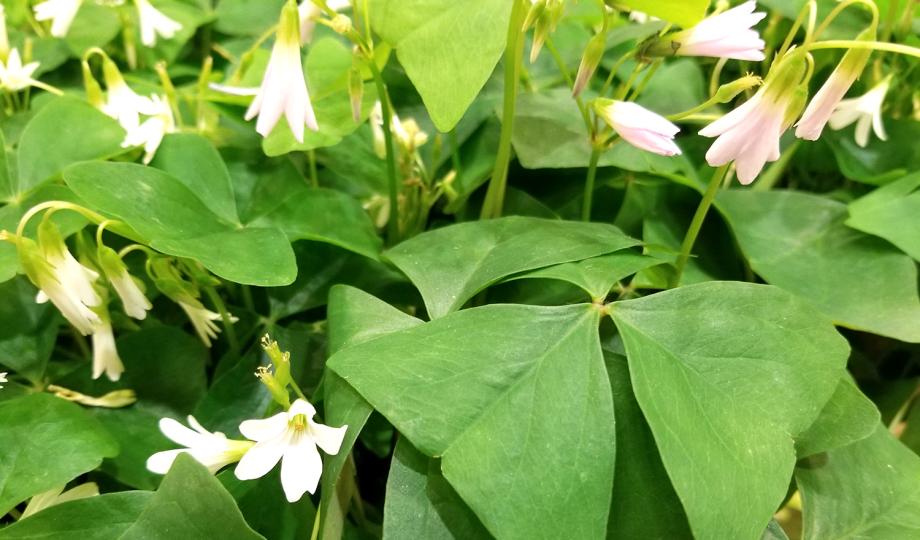 Who was St. Patrick?

The man most associated with Irishness, and one of the world’s most beloved saints, St. Patrick wasn’t Irish himself. Born in Britain, likely in the fifth century, Patrick was captured as a teenager by Irish pirates and spent six years in Ireland as a slave, working as a shepherd. He spent much time in prayer during his ordeal, and converted to Christianity while in captivity. He returned home to his family after hearing a voice telling him to escape – but eventually decided to return.

Patrick's return was initiated by a vision: he wrote that he heard the people of Ireland calling out to him, “to come and walk among us.” The vision prompted him to study for the priesthood, become a bishop, and depart to spread his faith in Ireland. Patrick would spend 40 years in Ireland, preaching, building churches and successfully converting the Irish – some of whom initially opposed him with violence. On March 17th, in the year 461, he died.

St. Patrick today, of course, is one of Ireland’s patron saints, along with Brigid and the lesser-known Columba. And, in keeping with his global image, he’s also the patron saint of Nigeria - thanks to the influence of Irish missionaries who have been active in the country since the 1920s.

Similarly, it's due to Ireland's long legacy of migration - stretching back centuries - that St. Patrick's Day is a global celebration of Irishness, and its symbols are so well known.

The shamrock is inseparable from St. Patrick - and pinning on a sprig of shamrock is the quintessential start to a traditional St. Patrick’s Day celebration. This little three-leaved plant has been a symbol of Ireland for centuries. (Its name comes from the Irish word seamróg, which means “young clover”.) Legend has it that St Patrick used the used the shamrock as a metaphor to explain the Holy Trinity, as he converted the Irish to Christianity.

People have been wearing the shamrock to celebrate St Patrick’s Day since at least the 1680s, as reported by an English traveler to Ireland. Thomas Dinely said that on March 17th, many would wear crosses in their hats, while “the vulgar superstitiously wear shamroges, 3 leav’d grass”. He also claimed the shamrock-wearers would eat the shamrocks “to cause a sweet breath”.

In later centuries, however, celebrants would be more likely to ‘wet’ or ‘drown’ the shamrock - ending the celebrations by dropping it in a glass of whiskey or beer before drinking.

Ireland’s symbolic color wasn’t always green – centuries ago, blue was the color associated with both St. Patrick and Ireland. All that changed during a series of rebellions against British rule in the eighteenth century, when green increasingly became the color worn by rebels. In 1798, Irish soldiers clad in green uniforms rebelled against the red-coated British, and their exploits were memorialized in a fold folk song, "The Wearing of the Green" - further cementing the color in the popular imagination.

These days, the color green simply calls Ireland to mind - and one way the Irish diaspora does this most vividly is through "Global Greening", where iconic landmarks all over the world are lit up in green. Some of the most iconic sites that go green every year include the Leaning Tower of Pisa in Italy, the Moulin Rouge in Paris (or the “Moulin Vert” for the day), Niagara Falls, the Sydney Opera House, Burj al Arab in Dubai, the Chain Bridge in Budapest, and the London Eye. You can follow along and see what sites are lit up on the #GlobalGreening hashtag on social media.

St. Patrick’s Day Parades are a tradition that began in America and have spread throughout the world – you’ll find parades not only in Dublin and New York but also places as far flung as Sydney, Moscow, Tokyo, Buenos Aires. The earliest parades started in the New World, with New York City’s being the oldest, dating back to 1762 - though Irish soldiers serving the British actually celebrated in Boston even earlier, in 1737. And in a surprising discovery, a researcher has found evidence of a St Patrick's Day parade back in 1601 in the Spanish colony of St. Augustine, Florida.

While many Irish-Americans will sit down to a dinner of corned beef and cabbage on March 17th, few in Ireland will. It is the quintessential Irish-American meal, but it only became so because of immigration to America.

When Famine-era immigrants who arrived in 19th-century New York looked for their traditional bacon, they found that pork products were quite expensive. The cheaper alternative was beef brisket, which their Eastern European neighbors were preparing by brining. (The ‘corned’ in the name refers to the size of the salt crystals used during brining.)

The immigrants soon adapted, and the new food became such a staple that Irish descendants all across America regard it as traditional St. Patrick’s Day fare.

Other Irish treats are also taken on this day, of course, including shepherd’s pie and colcannon, a traditional potato dish made with cabbage.

Among the most beloved and easy to make is home-made soda bread – and as a treat, we have a special recipe for you: brown soda bread from Ballyknocken cooking school. This simple bread is wholesome and filling – and because it uses baking soda instead of yeast, and only a few ingredients, it’s simple and quick to make. It's different from the version often seen in America, which is usually made with white flour and raisins; instead, it's a hearty loaf that's delicious topped with cheese or smoked salmon.

A classic way of toasting the day is with an Irish Coffee - and we've got a recipe for that as well, as well as fuel for your imagination on where you might drink one. Check out our pick of Top 5 Places to Enjoy an Irish Coffee.

And of course we've got treats for the whole family. When you're celebrating with kids, why not let them join in the fun with a recipe for a Shamrock Shake - plus some other kid-friendly ideas.

However you choose to mark it, we send you our best wishes for St. Patrick's Day. 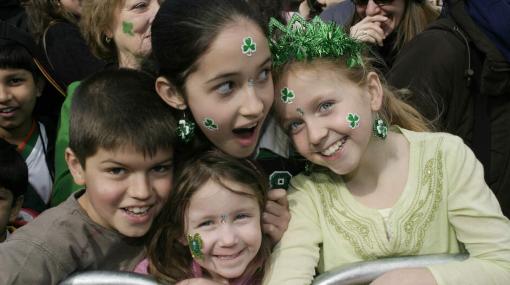 Your guide to a kid-friendly St Patrick's Day 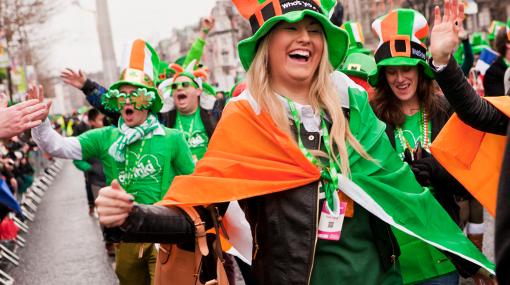 Come celebrate Saint Patrick’s Day in Ireland with us! 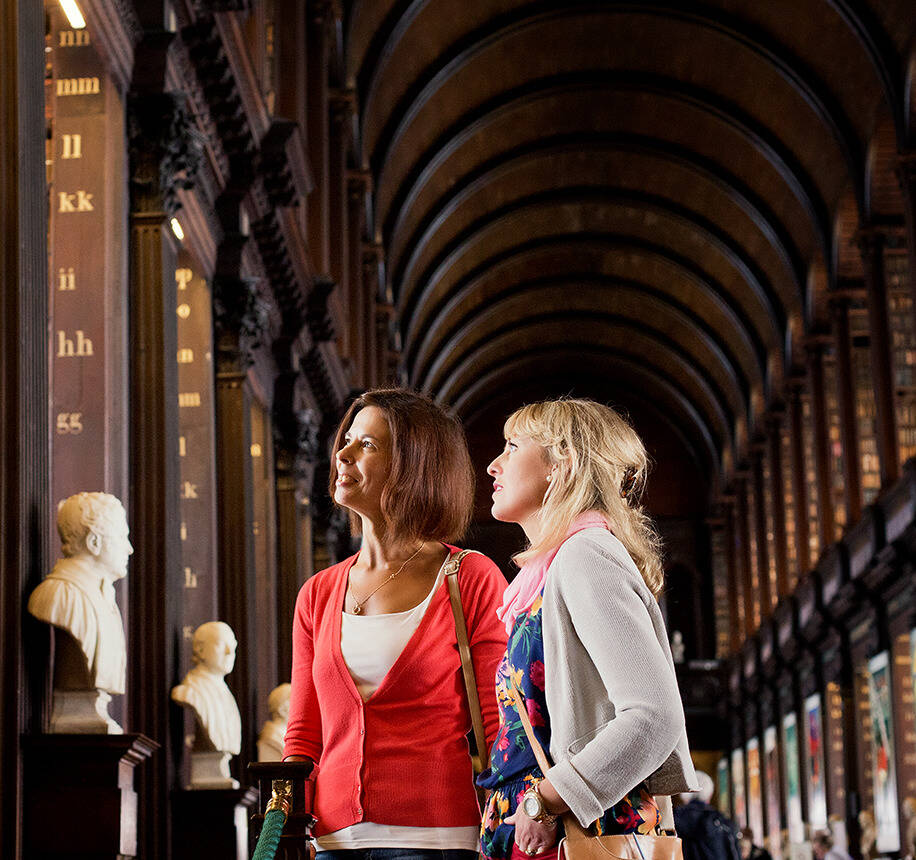 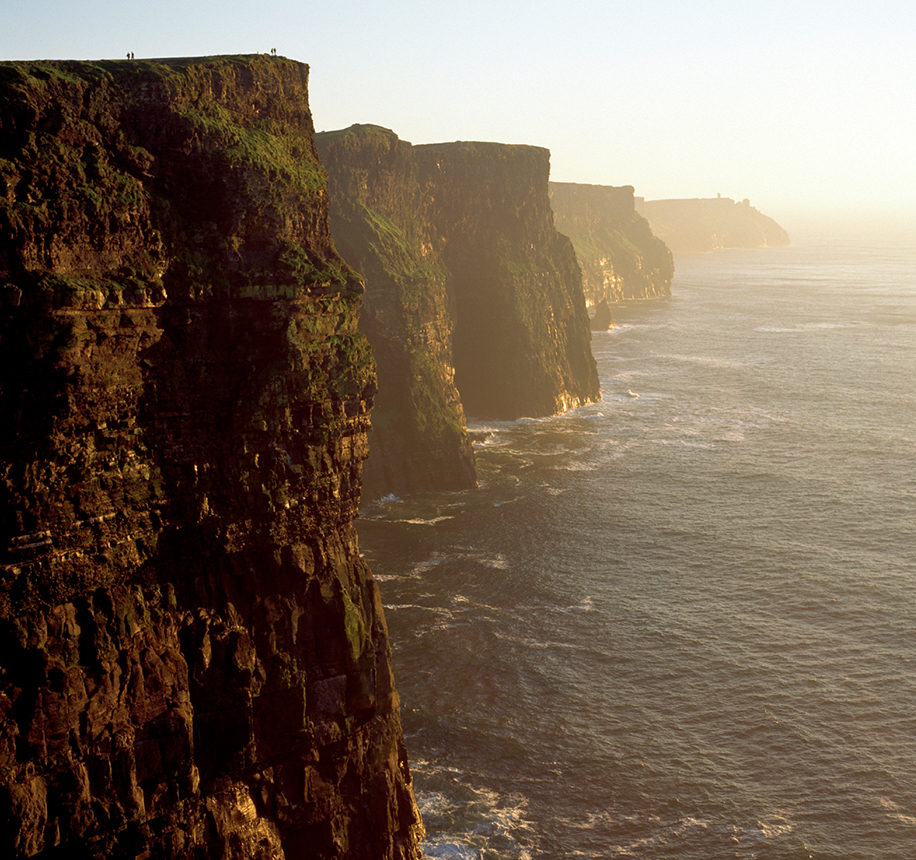