Learn how you can become a part of this amazing celebration below. 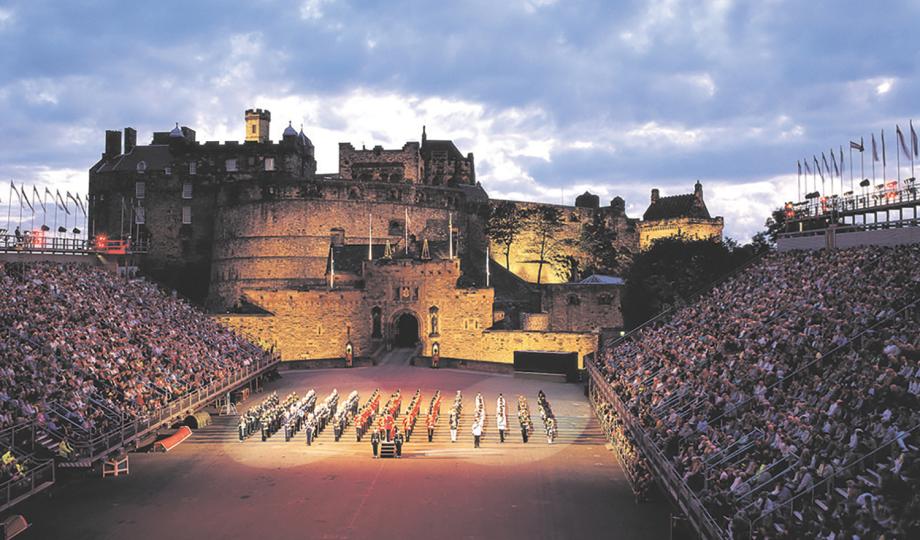 The Royal Edinburgh Military Tattoo is an annual open-air show of spectacular military marching bands in colorful uniforms as well as special entertainment from around the globe. Performers from over 48 countries have taken part in this global extravaganza. The name “Tattoo” derives from a seventeenth-century Dutch phrase, “Doe den tap toe”, signifying the end of the day for soldiers, which evolved into a ceremonial evening entertainment performed by military musicians.

This gathering of musicians and performers is held on the esplanade of Edinburgh Castle. We include tickets to this popular show on all tours that include an Edinburgh hotel stay during Tattoo season August 7 – August 29, 2020.

The imposing Edinburgh Castle, perched high above the city on volcanic rock, serves as the background for the Tattoo. The castle originally was the home of king and queens, such as Queen Margaret, Mary Queen of Scots, and James VI. It evolved into a military base, and held prisoners of war. Today, it houses Scotland’s crown jewels (also called the Honours of Scotland). The crown on display was first worn for the coronation of James V’s wife in 1540, and the scepter was presented to James IV by Pope Alexander VI in 1494.  The castle is also home to a rock called the Stone of Destiny, which has been used in coronation ceremonies for English and British royalty since the thirteenth century; and the National War Museum of Scotland. It is also a World Heritage Site. 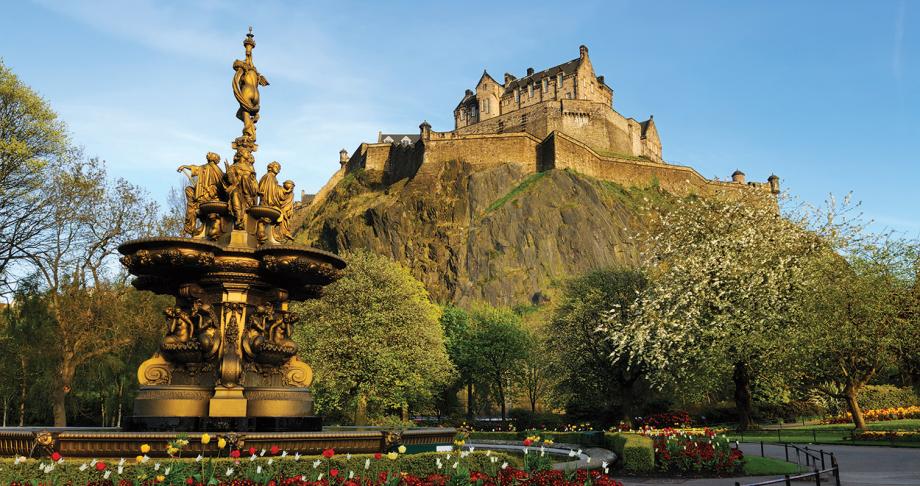