Join us for this once-in-a-lifetime celebration

Join the party for Ireland's spirited St Patrick's Day parade. This short-and-sweet tour includes exclusive access to a private party with the best parade viewing vantage point and behind-the-scenes look at the parade floats that morning—along with sightseeing excursions to prehistoric Newgrange, the Guinness Storehouse and other must-see things to do in Dublin.

Get CIE Exclusive access to a special celebration at the General Post Office, with its own private parade viewing area in the best spot in town.

In a CIE Exclusive, get a behind-the-scenes look at the colorful floats before the parade begins.

See how Ireland's iconic stout is made, and raise a pint or two of it in the Storehouse's stellar Gravity Bar, with its sweeping views of the city.

Ring in St Patrick's Day with an evening of music, dancing and craic in this 200-year-old pub.

The Stone-Age tombs of the Boyne Valley are older than the pyramids - and show a sophisticated knowledge of science and astronomy. Tour the visitor center, then take a visit to either Newgrange or Knowth for a close-up look at these ancient marvels. 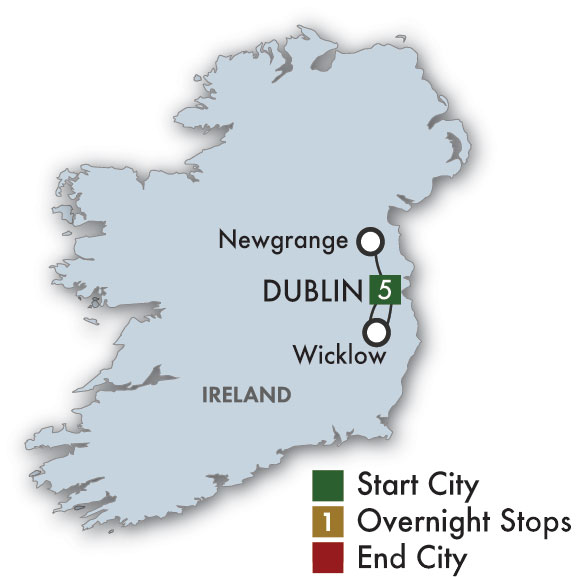 Céad míle fáilte! Your tour begins at your accommodations, the four-star Ashling Hotel in Dublin. Start with an introductory Dublin tour—a marvelous city of charming pubs, stately Georgian buildings, hip restaurants, busy shops and grand old monuments, all infused with a special blend of history, music and wit. Visit the 800-year-old St Patrick’s Cathedral; legend says this building, Ireland’s largest cathedral, was built on the site of an ancient well used for baptisms by St Patrick. Celebrate your arrival with a welcome drink at your hotel, followed by a free evening to dine as you wish.

Explore Ireland’s pub culture and have fun discovering local whiskey and beer production. Begin with a trip to a leading distillery in the Liberties, one of Dublin’s most distinctive and historic working-class areas. Staying in the neighborhood, visit the Guinness Storehouse, Ireland’s number one tourist attraction and the home of Ireland’s most iconic stout since 1759. Have a pint in the Gravity Bar on the top floor as you gaze out at panoramic views of the city. Spend the rest of the afternoon as you wish—You might find that a “good puzzle would be [to] cross Dublin without passing a pub," as James Joyce once wrote. Enjoy dinner and a show of traditional Irish music and dance at the 200-year-old Merry Ploughboy, the only pub in Ireland owned and managed by traditional Irish musicians. (B, D) (Please note: There are three coaches on this tour. Depending on the coach you are assigned to, you may be visiting one of the alternative attractions - Brú na Bóinne or Glendalough - on this tour during the day. )

Head out of Dublin to the scenic Brú na Bóinne and its Stone Age passage tombs. Built over 5,000 years ago and older than Stonehenge and the Egyptian pyramids, the site remains a mysterious marvel today. Learn about these wonders in the visitor's center, followed by a visit to either Newgrange or Knowth. Savor contemporary Irish cooking as you dine this evening at the Old Street restaurant in historic Malahide, a picturesque Dublin suburb. (B, D) (Please note: There are three coaches on this tour. Depending on the coach you are assigned to, you may be visiting one of this tour's alternative attractions - Liberties Distillery & Guinness Storehouse or Glendalough - during the day. )

Celebrate St Patrick’s Day at Dublin’s iconic heart: at the landmark General Post Office, in the center of town, right on the parade route. The GPO, once the headquarters of the Easter Rising, is possibly the most important building in all of Irish history. On Easter Monday 1916, Irish rebel leader Pádraig Pearse read the Proclamation of Independence outside its doors, declaring Ireland a republic. The ensuing doomed rebellion would destroy much of Dublin’s city center and result in the executions of most of its leaders, but was the pivotal event in the establishment of Ireland as an independent state. We’ll start the day by bringing you behind the scenes for a private tour of the floats and bands in the morning, as the festivities and the excitement are gearing up. Next, tour the spectacular “Witness History” exhibition at the GPO, including an exciting display commemorating the 170-year history of the Irish flag, which first flew from the building’s rooftop during Easter Week 1916. Then the merriment really begins, with CIE Tours’ exclusive access to a private party in the GPO, made possible through our partnership with Shannon Heritage. From the party you can step just outside the door to watch the parade from a private viewing spot—and it’s a celebration like no other! Dublin’s St Patrick’s Day parade is a magnificent moving street performance, with marching bands accompanied by flamboyant carnival-style performers, dancers, and street theater groups. It’s a marvelous swirl of color, music and joy. After the parade, you will have free time to revel in the city’s festive atmosphere. (B, L)

Visit Ireland’s largest national park, in the beautiful Wicklow Mountains. Tour Glendalough, a sixth-century monastery that flourished as a center of learning for hundreds of years, despite numerous sackings by Vikings. The many Irish and Latin manuscripts produced there by medieval monks preserved much of Europe’s knowledge of religion, astronomy and mathematics during the Dark Ages. The ruins of this settlement stand today, including a distinctive 30-foot round tower, churches dating to the 10th century, and one of Ireland’s oldest Celtic crosses. Stop in the Wicklow Brewery for lunch on your own. Enjoy free time in Dublin for your last night. (B) (Please note: There are three coaches on this tour. Depending on the coach you are assigned to, you may be visiting one of the alternative attractions - Liberties Distillery & Guinness Storehouse or Brú na Bóinne - during the day. )

Your tour ends after breakfast. (B) 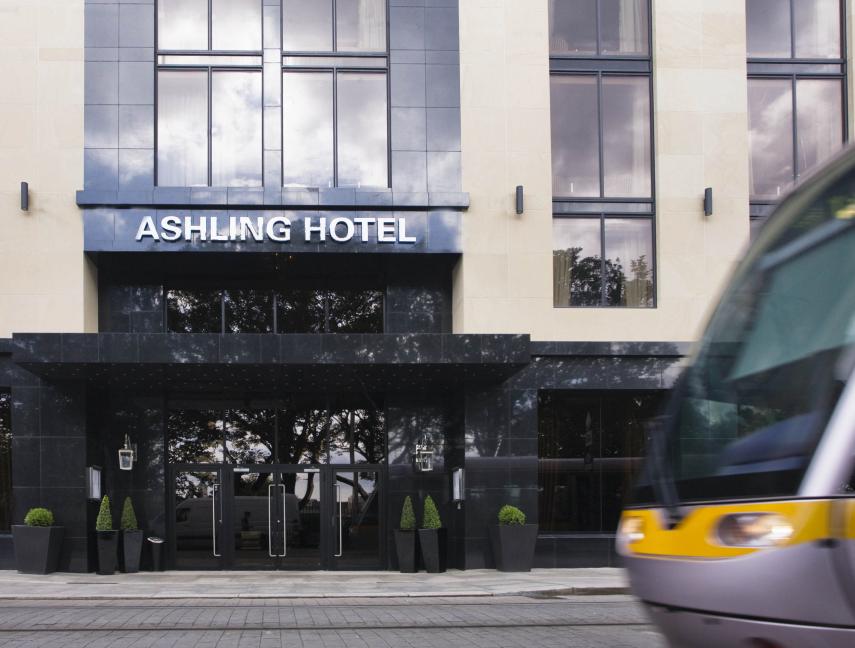 This contemporary property offers 225 spacious and well-equipped guest rooms as well as stylish,...

Only CIE Tours can guarantee all these amazing, fun exclusives to our guests spending St Patrick's Day at the heart of it all: a party at the GPO - probably the most important building in Irish history, and the center of the action - plus a pre-parade tour, the best viewing spot in town, and so much more. With a satisfaction rating of over 98+ from our guests last year, we're sure you'll love this. But hurry - we limit this to 120 guests.

How to Take the Perfect Selfie

You don't have to be an Instagram model to know how to take a good selfie. With the right combination of lighting,…

This contemporary property offers 225 spacious and well-equipped guest rooms as well as stylish, modern restaurants, bar and public spaces. Located on the north bank of the River Liffey near Phoenix Park, the hotel is conveniently located for exploring Dublin. City center and Temple Bar are just a 20-minute walk away, and both sites, as well as many other attractions, are accessible via the Luas tram, which stops near the hotel. 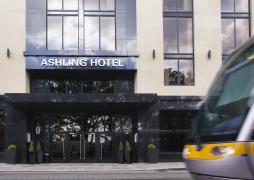 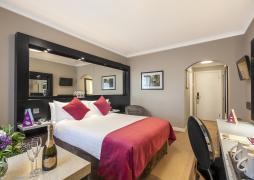 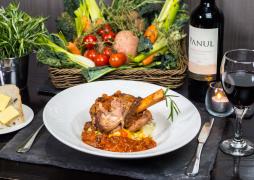 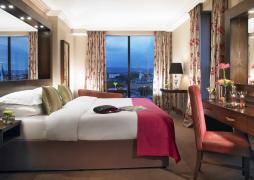 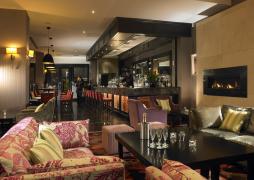 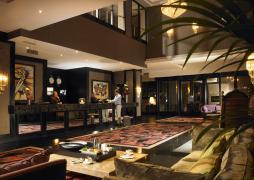 5.0
As first time travelers abroad, we thought the airport transfers, personal tour driver, and included attractions, hotel, meals were fantastic. St.Patrick’s Day at the GPO was a real treat.

5.0
Terrific value for the money.